You are using a web browser that may not support the design features on this site.

For the best experience, please switch to another browser. We recommend Chrome or Firefox.

Does The Burst Electric Toothbrush Live Up To The Hype? An Honest Review 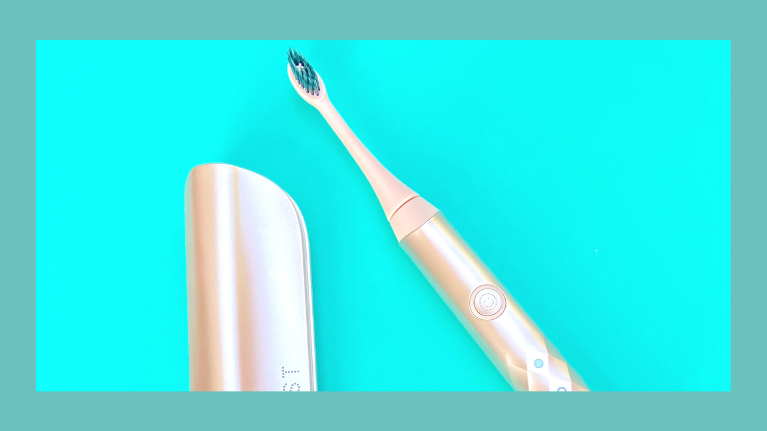 If you have spent any time in the last year on social media, then chances are high that you have heard about the Burst electric toothbrush that has been reviewed all over the digital world.  I have long been a fan of a different brand of electric toothbrush and frequently recommend it to my patients, so I never really gave a thought to trying out the Burst brush.  Well fast forward to recently, and we have been getting lots of questions from patients about which electric toothbrush is best for the money and I felt like I could not give an honest opinion without trying out “the most reviewed brush on the internet”!

Now, I am going to add here that another reason I never was keen on trying out this toothbrush is that this brand works partially off of an affiliate system, this means that if someone buys the toothbrush using another person’s affiliate link, a commission will be given to the link owner.  Whenever an affiliate system is involved, I always have to try things out for myself before recommending, just in case all the 5 star reviews are from those people just trying to make a commission!  Anyhow, rest assured at the time this was written I was not a Burst ambassador, this is my honest review, and the toothbrush was bought with my own money.

The main claims from the Burst electric toothbrush are that it can remove 10 times more plaque than a manual toothbrush and also can reduce gingivitis up to 3 times more than manual toothbrush leading to healthier gums.  The company also claims that this is the most reviewed brush on the internet, with over 35,000 reviews.

There are a few different features that are unique to the Burst toothbrush, the first being the soft charcoal bristles which are said to remove stains on the teeth.  These bristles are set to clean at 33,000 sonic vibrations per minute in whitening mode, which is about 2,000 more than other popular electric toothbrush brands.  Another great feature is that this toothbrush has a lifetime warranty, if it stops working at any point the company will send you a new one for free!

Similar to other electric toothbrushes, the toothbrush holds a long charge providing up to 4 weeks of use with a single charge.  The toothbrush also has several bushing modes (3) to choose from: whitening mode, sensitive mode, and massage mode.  These 3 modes decrease in amount of vibrations from the most to least.

Upon the first time using this toothbrush, I felt like it was a bit small and lightweight as opposed to my previous toothbrush.  I looked it up and it actually is about the same size and weight so I’m not sure why I felt that way.  For sure though, this felt even more gentle and soft for me.  In fact, it was so quiet that my husband asked me if it was even working!

The quad interval timer and auto shut off were exactly the same as what I was used to which I liked, so function wise I feel as if the the BURST brush was quite comparable to my previous electric toothbrush.  The main difference for me was that after my first time using the Burst brush my teeth felt much smoother and “glossier” than they ever did before.  I feel as if this could be attributed to the higher vibration frequency perhaps.

As stated above, I feel like this is an amazingly effective brush with cleaning the teeth and doing so very gently.  I have not really noticed any increased whitening of the teeth and, in my opinion, I do not know that the charcoal bristles really add much to the effectiveness overall. But like other electric toothbrushes, the BURST toothbrushes are good with removing surface stains

The only area where I feel this brush is not terribly effective in is cleaning the tongue.  The soft bristles and vibrations are so gentle that I feel that it does not clean the surface of my tongue well, but maybe that’s just me.  What I usually end up doing when the two-minute timer turns off is just scrubbing my tongue with the toothbrush without it being on, this allows me to scrub a little harder than the vibrations allow.  The fact that it is so gentle is probably a good thing though, as it will help users avoid brushing too aggressively on their teeth and gums causing tooth sensitivity and gum recession.

Overall, I would say I prefer the BURST toothbrush to my previous brush mainly based on the way my teeth feel after brushing them.  Also, taking into account the cost, the BURST toothbrush is a bit cheaper than others and also comes with the lifetime warranty.  The electric toothbrush I had been using for 7+ years finally stopped working on me recently, it would have been nice if the company would have offered to send a replacement for it like the BURST company does for their toothbrushes.

One thing that I don’t love about the BURST toothbrush is the subscription model for a new brush head, I wish it was more of a choice rather than automatic. With that said, as the replaceable heads are not sold in stores, it makes sense that this is automatic so that you can continue to use the brush.  Also, $7 every 3 months (or $28 a year) for the quality and convenience is not bad at all.  The convenience of not having to think about when it’s time to replace your toothbrush head is also something that I think I will really enjoy.  Out of curiosity, I did look at how to cancel and it seems very easy for if/when you want to do that.  I should also add that the cost per replacement head of other brush brands can be more expensive, so overall the BURST is certainly a more cost effective option.

If you are interested in purchasing the BURST toothbrush for yourself I have got an easy way for you to save LOTS!  After happily using my toothbrush for over 6 months, I decided to become a BURST Ambassador - this means if you use my code 9HJSLF you can save over 40% on the BURST bush and 25% on whitening strips! In full disclosure, I make a small commission on sales when this code is used.

There are typically other deals on their site every so often, so if you want to take a look, you can head to www.burstoralcare.com and remember to use code 9HJSLF for a HUGE discount and keep an eye out for the occasional flash sale and new products! 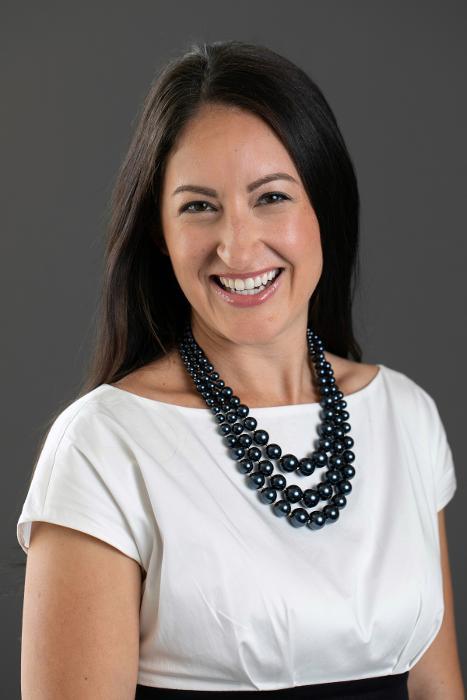 Dr. Mikaeya Kalantari has been a practicing pediatric dentist for over 7 years working in both the children's hospital setting and private practice.  She has had a wealth of experience treating children of all ages, and medical conditions. When it comes to serving children, she feels the importance of communication between the dentist and parent can not be emphasized enough. Dr. Kalantari practices in her family owned dental office in Mission Viejo, California. 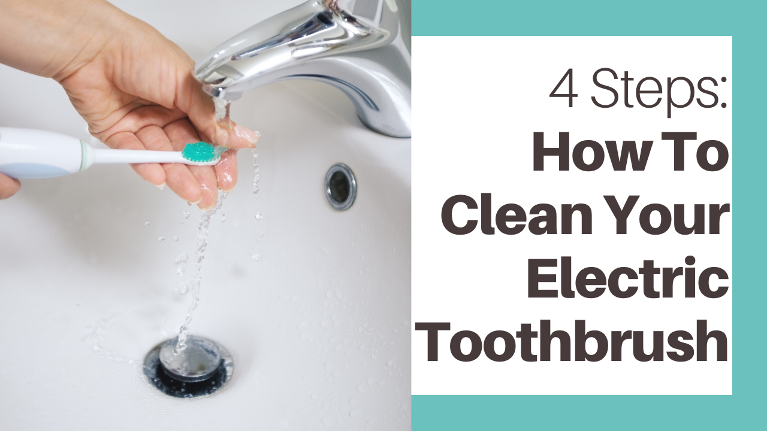 Read More
Is It Worth The Price? A Dentist's CocoFloss Review

I’ve been eager to try out Coco Floss for a while now because I know many of my dental friends rave about it. Well when I started seeing it pop up at my local Target I was reminded of my eagerness to try it out for myself. Always one to ... 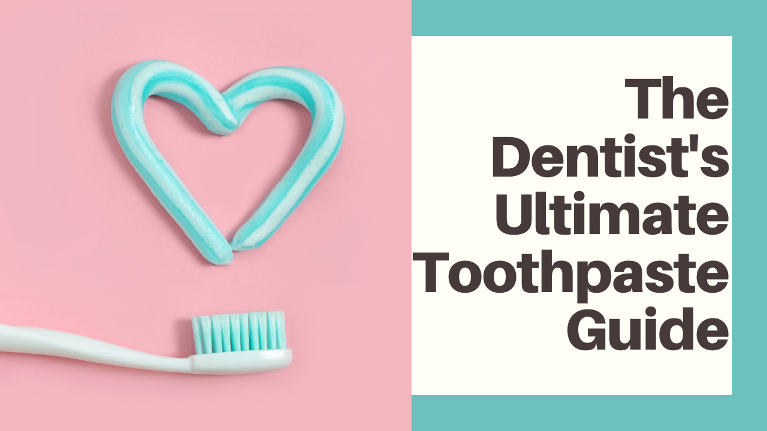 Over the years there has been one question that I can count on to hear over and over again from patients: “What Toothpaste Should I Use?”.   As more and more toothpaste brands and varieties roll out into the market, the choices are becoming more plentiful and the decisions harder to ...