You are using a web browser that may not support the design features on this site.

For the best experience, please switch to another browser. We recommend Chrome or Firefox.

Sunshine Smiles of Orange County > Blog > How To Classify Sleep Apnea: When Snoring Is No Longer Normal

How To Classify Sleep Apnea: When Snoring Is No Longer Normal 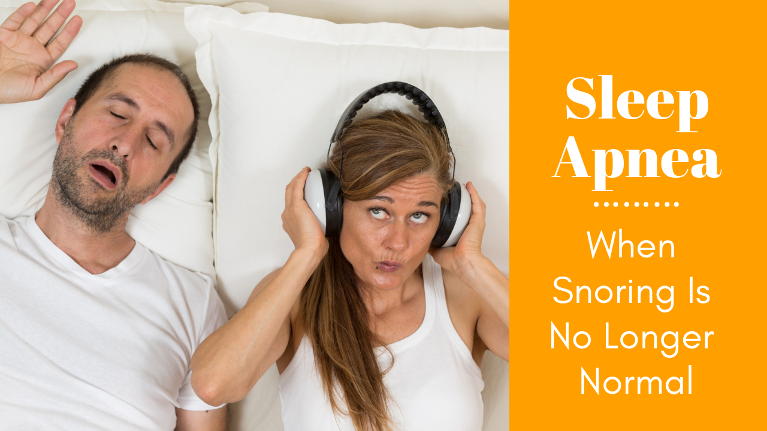 One of the biggest complaints we hear in our office is, “What can you do about my husband/wife/partner’s snoring?  They sleep like a baby… but not me!!!”  Sometimes, there is nothing harder on a relationship than being the reason your partner doesn’t get any sleep.  Most people write it off as just a bad habit, like biting their nails or cracking their knuckles; but this frustration inducing sound can sometimes be a sign of something much more serious. That's right, this harmless, yet annoying, "bad habit" can be a sign of something a bit more ominous… Sleep Apnea.  While sleep apnea can sound a bit scary, and is certainly something to be taken seriously, it is actually something that is fairly common with reports of 1/5 adults having a mild form 1.  With how common this is, it is actually very interesting to know that it is often extremely under diagnosed.  As many of our patients are unaware of what sleep apnea is and what signs to look for, we decided to write a series of blog posts on 1) what sleep apnea is and what symptoms to look for 2) exactly how sleep apnea can be treated and 3) the presence of sleep apnea in children.  Now, let's take a quick overall look at sleep apnea.

Now we have to begin the conversation by noting that not all people who snore have sleep apnea. Often times the same thing that causes snoring in some, can cause sleep apnea in others. Simply put, snoring just means that there is something in your airway vibrating as you breathe due to the airway being constricted or narrowed. And as I will explain below, sleep apnea is just an extreme case of snoring, irrelevant of the loudness factor.

If you are familiar with sleep apnea then perhaps you have even heard terrible stories, to the point of fearing that possibly one day you might stop breathing and never wake up.  If this is your fear, let me reassure you that fortunately, sleep apnea isn’t the direct cause of death. To better understand why, it’s important to first understand what exactly sleep apnea is.  Sleep apnea is technically the cessation or stopping of breathing, similar to holding your breath - but the difference is you can not control it. Now that you know what it is, let's discuss why it happens.

There are three different forms of sleep apnea: Obstructive Sleep Apnea (OSA), Central Sleep Apnea (CSA), and Mixed Apnea which is the combination of the former two.  Let's now talk a little bit about what classifies each type and important distinguishing factors between the different variations.

Central Sleep Apnea is caused by the brain not sending the proper signal to the body to tell it to breathe during sleep. This can often be caused either due to trauma, certain diseases, altitude, drugs (both recreational or therapeutic), or alcohol. Central Sleep Apnea is very complex and best treated by a physician and often involves balancing medications. Luckily, CSA is a rare form and accounts for less than 20% of all sleep apnea cases 3 .

Typically, the vast majority of people suffering from sleep apnea have the second variety which is Obstructive Sleep Apnea (OSA). With Obstructive Sleep Apnea, something is blocking the airway causing difficulty breathing. This often occurs during the stages of sleep when the muscles in the body relax and are not as well controlled as when we are awake. Think of the deeper stages of sleep when you are "sound asleep", during this time your muscles are almost paralyzed from movement. Now, this sounds scary but is a completely normal occurrence in everyone, every night. What isn’t normal is when that relaxation causes something to shift into and close in the airway.  Various things can cause this airway collapse including extra fat, an enlarged tongue, or some sort of anatomical constriction within the throat/airway itself 1.   Fortunately, and what is often misunderstood about sleep apnea, is that our brains are very reactive and can recognize that we aren’t receiving enough oxygen because we stopped breathing. The brain, when it realizes this, will give our bodies a jump start to open that airway and regain oxygen flow. Often this jump start is less a violent shaking and more a gentle nudge to awake our breathing, but consciously we still think we are asleep.

The third type of sleep apnea is a combination of the above two varieties and is termed, rightfully so, Complex/Mixed Sleep Apnea.  This group of sleep apnea sufferers do not respond well to conventional methods of correction and need a unique approach to treatment.

Why Do Patients With Sleep Apnea Wake Up Feeling Unrefreshed?

Now you may be saying to yourself, “What’s the issue? It sounds like my brain is taking care of the problem.” And you wouldn’t be wrong. Though the question we should be asking is, “What is sleep apnea doing to my body?”  You see, our bodies require consistent sleep for regeneration as well as for carrying out daily functions required to thrive.  Without good QUALITY sleep, we are often tired, and our body systems can not function properly.  Things such as blood pressure, blood sugar, and even hormones causing psychological disorders can all be linked back to our quality of sleep 2. And if our bodies are nudging us awake repeatedly (it’s not unheard of that some people have these "awakenings" 100 times per HOUR), these systems are certainly going to be out of whack and can certainly lead to waking up feeling less than rested. 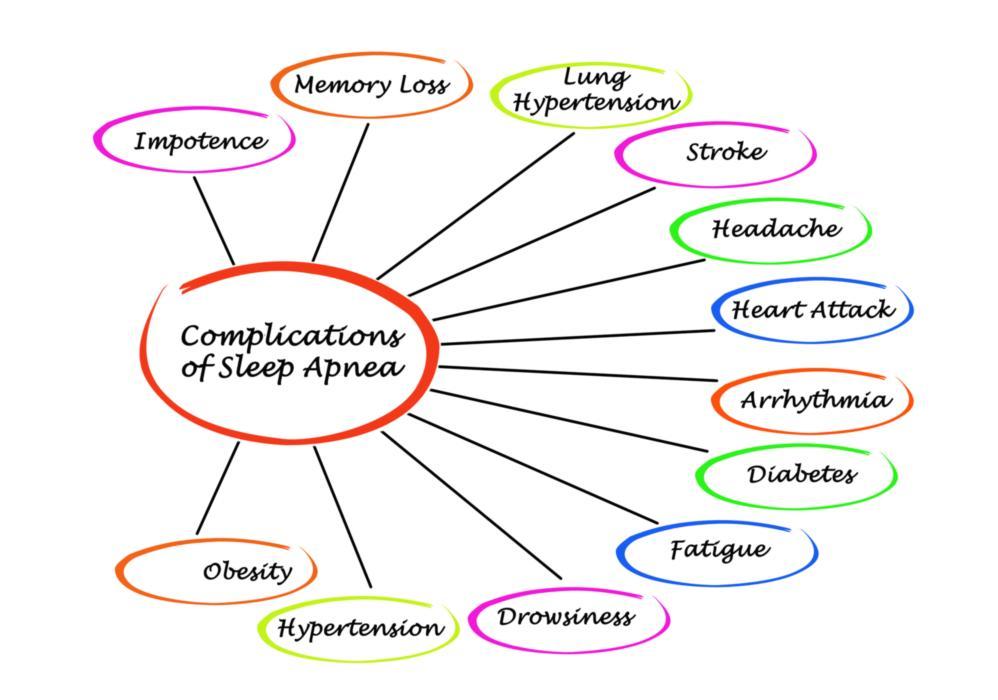 To measure the severity of sleep apnea and what it does to the body, sleep physicians use an index called AHI to record how often someone wakes up while sleeping.  AHI stands for Apnea-Hypopnea Index.  Basically, an Apnea is the complete stoppage of breathing and a Hypopnea is decreased breathing to the point of decreasing the amount of oxygen in your body by a certain threshold. It should be noted, that a certain amount of AHI is considered normal. Typically, most sleep physicians agree that someone who wakes up less than 5 times per hour, is not suffering from sleep apnea. However, if they wake up between 5-15 times per hour, it’s considered Mild Sleep Apnea. Moderate Sleep Apnea is defined as 15-30 awakenings per hour, and Severe Sleep Apnea is waking up more than 30 times per hour 2.

Now that you have an understanding of exactly what sleep apnea is and why you should take it seriously, lets now discuss signs and symptoms you should look for in both yourself and family members to help detect this condition.  The following graphic will display some of the most common signs and symptoms, if you or a family member exhibit any be sure to share your concerns with both your primary care doctor and your dentist. 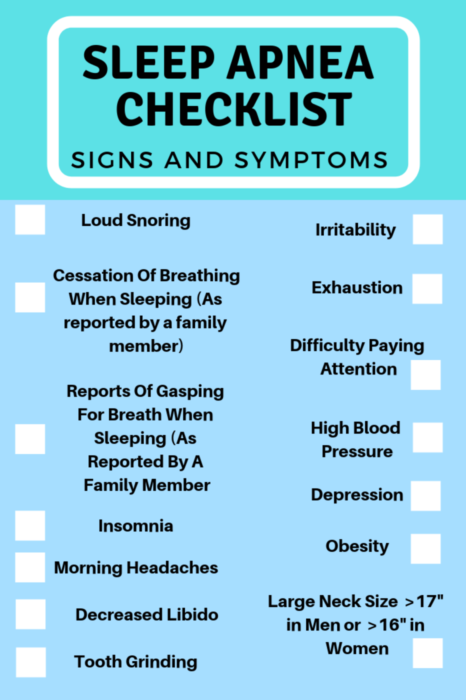 Stay tuned for Part 2 of this blog series where we will discuss what types of treatment can be done to manage sleep apnea effectively, and how your dentist may be able to help facilitate this. 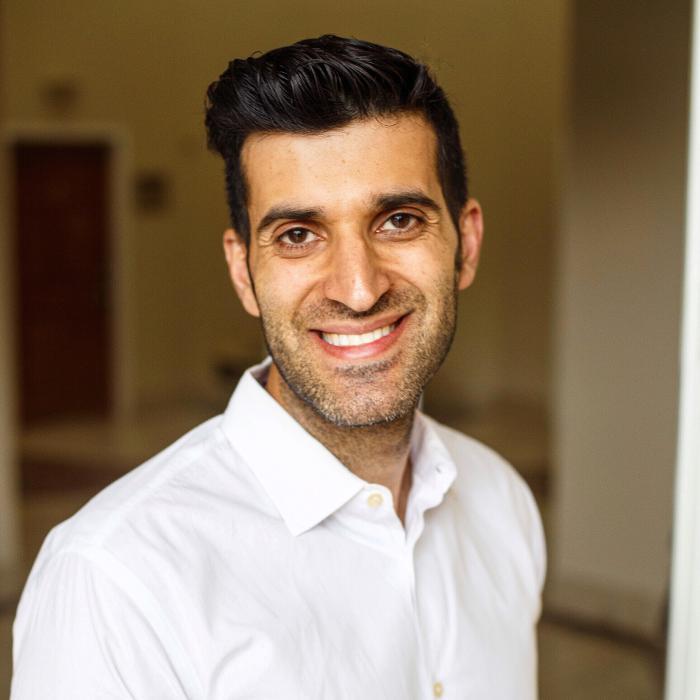 Dr. Arshia Kalantari has been a practicing general dentist for over 8 years and grows to love his profession more and more every single day. Since finishing dental school, Dr. Kalantari continually chooses to advance his education and takes specialty seminars and courses to become well practiced and knowledgeable in the fields of Sleep Apnea, Invisalign, Root Canal Treatment, and Cosmetics. Dr. Kalantari views his patients as an extension of his family and appreciates the bond he is able to form, always up for a chit chat or to lend a listening ear.

Related General Dentistry: Sleep Apnea Treatment
Blog Tags:Airway,bruxism,Snoring
Return to Blog Homepage
Like us on FacebookFollow us on TwitterVisit us on YelpWatch our Youtube VideosConnect with us on LinkedInLeave a Google ReviewInstagram
If you have difficulty using our website, please email us or call us at (949) 951-0951
View the ADA Accessibility Statement
Turn on ADA Views
Contact Us Today
Give Us A Call
Sunshine Smiles of Orange County - (949) 951-0951
Send Us an Email
Expanded Details View
This Patient's Experience
Loading Testimonial...
Loading Case...